Chris Snider teaches workshops and gives presentations about digital media at Drake University and for groups and organizations in Des Moines, Iowa, and across the Midwest. He’s available to speak on topics including smartphone video, video editing, storytelling, social media strategy, new digital tools and podcasting.

Chris Snider teaches workshops about digital media at Drake University and for groups and organizations in Des Moines, Iowa, and across the Midwest.

Chris is an engaging presenter who has been teaching digital tools for more than 10 years. He’s currently an associate professor in the School of Journalism and Mass Communication at Drake University. Prior to that, he was a digital editor at the Des Moines Register and founding editor of Juice Magazine.

Chris started teaching at Drake in 2007 as an adjunct instructor and accepted a full-time job in 2010.

To connect with Chris about topics for your conference, event or custom workshop, e-mail chris@chrissniderdesign.com or call 515-207-0162. 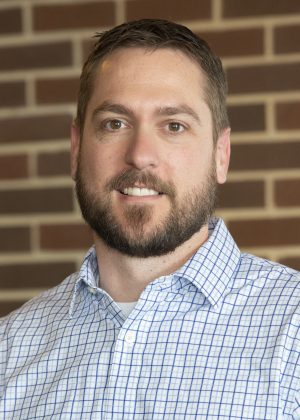 Does your Des Moines-based team need a one-hour conversation about what’s trending in social media? Hire Chris to come in over the lunch hour (or another time) to discuss your current social media strategy and current trends in social media.

Let Chris design a custom workshop for your business or organization about social media or video. Topics include smartphone video, social media strategy, marketing to millennials, video storytelling and podcasting.

Chris is a dynamic speaker who can engage groups from 20 to more than 100 people. If your group is looking to keep up on the latest trends in social media, video storytelling or podcasting, contact Chris today to discuss options. In the right circumstances, Chris is happy to waive his speaking fee.

This workshop combines teaching video techniques, apps and hardware to get attendees shooting and editing videos with their smartphones. I’ve given this presentation in as little as one hour (not very hands-on) and for as long as a full-day workshop. It also works great as a half-day workshop.

This workshop or presentation will help small business owners and social media strategists understand how to build a social media strategy outside of Facebook. We will explore best practices for using Instagram, Messenger, Bots, LinkedIn, YouTube, podcasting e-mail and more. And because Facebook isn’t going anywhere, we’ll discuss best practices for using Facebook in 2020 and beyond. This can be done as a presentation or as a workshop.

In this hands-on presentation or workshop, I provide tips and tools for making compelling videos that tell a story. You’ll learn about core video techniques as well as apps and hardware to turn your phone into a high-end production machine.

May 17, 2018: Ames PRAM Lunch and Learn: Alternatives to Facebook for your Digital Marketing.

May 15, 2018: Spoke about Design Basics to newspaper and yearbook students at Hoover High School in Des Moines.

April 24, 2018: Spoke about video storytelling to Public Relations Network of the Quad Cities.

March 21, 2018: Hosted a workshop with AMA Iowa titled How to Succeed in Zuckerberg’s New Facebook with Justin Wise from Think Digital. View my presentation.

Oct. 24, 2016: Analytics for Social and Mobile presentation for students, faculty and area professionals as part of E.T. Meredith Magazine Center.

Oct. 29, 2015: Spoke about how to use Snapchat for publications at the Iowa High School Press Association Fall Conference.

April 6, 2015: Presented about using Snapchat as a marketing tool at Drake University

February 2014 – Taught a workshop on building websites in WordPress for AIGA Iowa.

March 29, 2013: Presented Lunch and Learn to Drake faculty on about using social media in the classroom.

Nov. 17, 2011 – National Communication Association Convention – Topic: Voices For and of The People: New Media, Journalism, and the Iowa Caucuses

March 2011 – Writing for the web and introduction to SEO

Hire Chris for your event