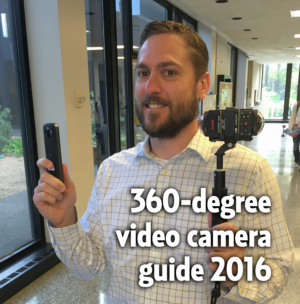 Here is my guide to the best 360 degree video camera for your video or photography needs, whether you’re doing high-end work or just want to start testing the waters of 360 degree video.

UPDATED JAN. 15, 2017: My name is Chris Snider, and I’m a multimedia professor at Drake University in Des Moines, Iowa. I have taught independent study classes and workshops on 360-degree video, and I teach students how to use 360-degree cameras in my digital media strategies class.

I currently own four different 360-degree cameras and will continue to add to my collection. 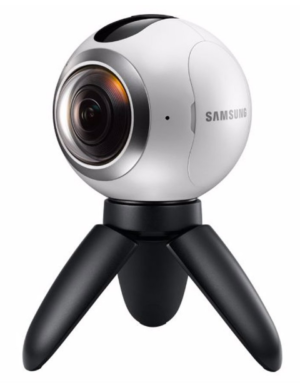 The U.S. version of the Samsung Gear 360 started shipping on Aug. 19, 2016. This is the best all-in-one, simple 360 degree video camera to own right now. The big catch is that it only works with certain Samsung phones. But this makes it super-simple to connect and easy to use. You’ll be able to take great 360 photos and videos.

The Ricoh Theta S is a great intro into the world of 360 video. It has two fisheye lenses, and it will stitch together photos and videos for you. You’ll be taking and posting videos on Facebook and YouTube in no time.

The downside to this one is that the video is not 4k. So the resolution is not going to look great on Facebook or YouTube. The photos are high-res, though, so consider shooting photos and creating a video from those photos. This camera is incredible simple to use, and it is great if you don’t need the highest quality of video. 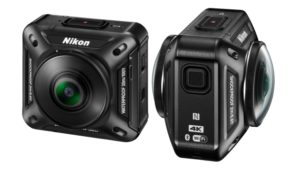 Nikon’s all-in-one 360 camera, the KeyMission 360, is finally widely available. The price is higher than the similar Samsung model, but you will be able to use this one with a wider variety of devices including an iPhone. The downside to this camera is that it is much more difficult to connect to your phone than the Samsung and Theta. But once you figure it out, it gives you great quality 360 photos and videos. 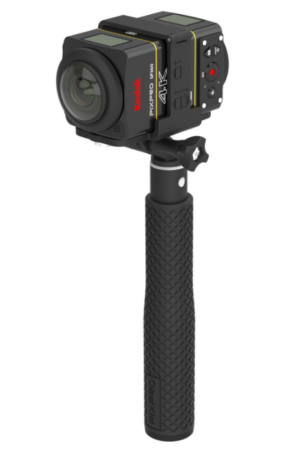 I spent a lot of time using the Kodak PIXPRO SP360 4K Dual Pro Pack VR Camera during an independent study class on 360 video in the summer of 2016. It’s basically two of Kodak’s GoPro-style cameras mounted back-to-back to achieve a full 360 video. Since these are two separate cameras, you’ll have to use Kodak’s software to stitch the video together on your computer, and that is a bit of a process.

You can also get close to 360 video with just one camera, but it will have a black circle at the bottom. 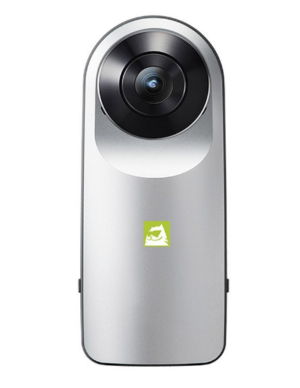 The LG-R105 Compact Spherical Camera is a step up from the Ricoh Theta in that it records video in 2k. This is another all-in-one unit that stitches the videos together for you. So no need to learn tricky software. I’ve seen some footage from this, and it’s pretty good. 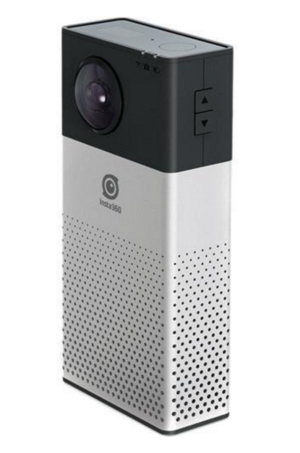 I can’t vouch for how well the INSTA360 4K Spherical VR Video Camera performs. But the specs are impressive with 4K video. Sounds like things aren’t in English, so you may have a bit of a challenge on your hands to get everything figured out.

If you want an all-in-one 4K device that works on iPhone, then this might be a better option than the Nikon. 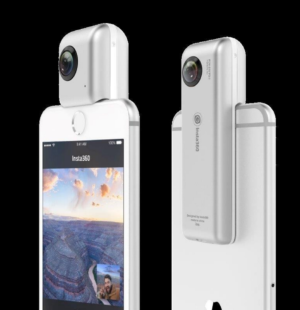 The Insta360 Nano is an intriguing option. It’s a 360 camera that plugs into your lightning port on your iPhone. And it records in 4K. I’ve heard great things about this camera, and it’s a great option if you have an iPhone and are wanting an entry-level 360 video and photo camera. 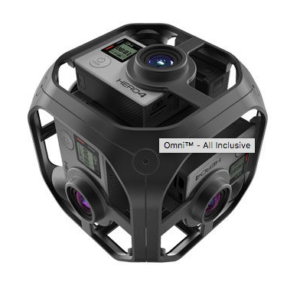 The GoPro Omni combines six GoPro cameras together and includes the software to stitch everything together for 8K video.

The Giropic 360cam has three lenses and three microphones for 360 video and audio. Video is captured in 2k and photos in 4k. It works on all devices. 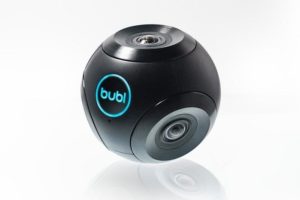 The Bublcam has four lenses to give you a full 360-degree video. But the resolution doens’t end up being much better than the Theta S. 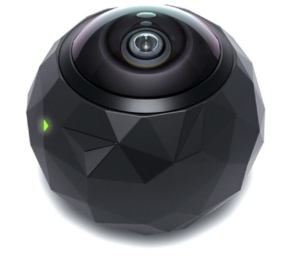 So… the 360fly 360° HD Video Camera isn’t really a full 360-degree camera. Since there’s only one lens, it shoots 360 degrees horizontally, but only 240 degrees vertically. But it’s in beautiful 4K. 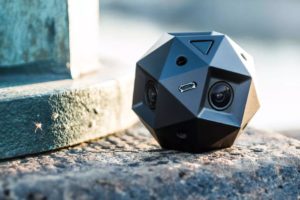 The Sphericam 2 has six cameras and 4K resolution. But I don’t see it for sale anywhere.

Want to keep up with the latest in 360-degree video? Subscribe to my email newsletter for all of the latest news on 360 video, social media and digital marketing.