What the class of 2018 thinks about social media

I teach a class to first-year students each fall at Drake University, and I use the first class of the semester to talk to them about their social media usage. They are all journalism, public relations or advertising majors, so they all should have a strong interest in the way we communicate.

For the past two years, I’ve also given these students a survey to see what they think about various social media platforms. This year’s results are below.

See also: What the class of 2017 thinks about social media

Here are the results: 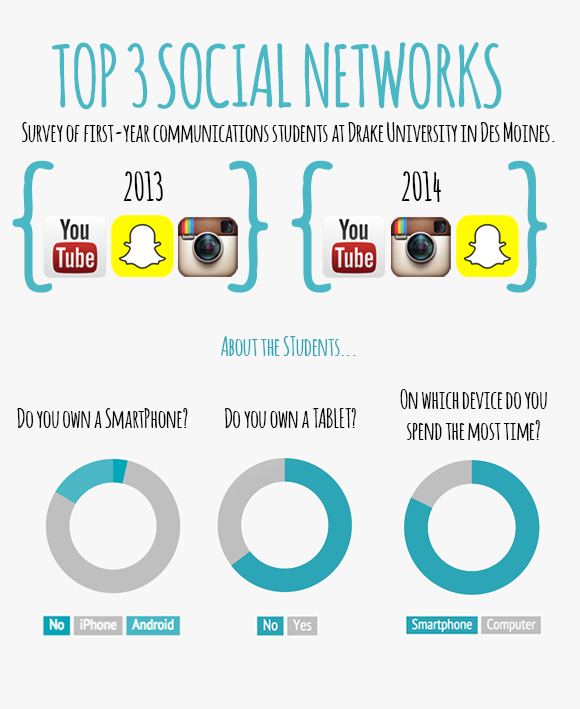 A total of 85 first-year students took the survey. Some more info about them:

When asked on what device they spend the most time, 70 said smartphone and 15 said computer. None said tablet.

I asked them to rate how they feel about new technology in general, and the average score was 4.35. Forty-two said they love it, and none of them said they hate it.

I asked them which network they spend the most time on:

I asked them which network they create the most content on:

Finally, I asked them which networks they have used in the past month.

As much as they don’t love Facebook, they are still using it more than the rest.

Interested in social media and digital marketing? Sign up for my weekly email newsletter for all the latest news.