There are currently 29 of 30 NBA teams on Snapchat. The only NBA teams without a Snapchat account as of Feb. 29, 2016, was the Orlando Magic.

The National Basketball League has a Snapchat account of it’s own. Follow “nba” to keep up with that’s happening throughout the league via Snapchat. 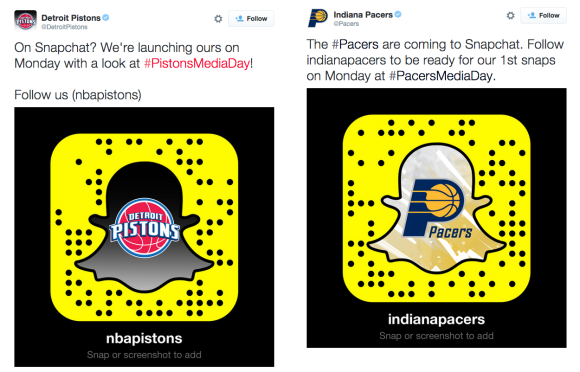 Here are the NBA teams on Snapchat

To follow a team, just click on their username and it will open Snapchat and ask you if you want to follow (this only works on mobile devices).