I work at Drake University. I teach in the Journalism and Mass Communications department. Some of those attendees are potential future students for us. And all of them are potentially attendees for our summer camp in July.

So here’s the problem: It wasn’t our journalism conference. As much as we wanted to, we couldn’t stand up in front of the entire group of nearly 100 students and advisors and tell them why they should come to Drake University, or tell them that we are hosting a summer camp.

The solution: A Snapchat on-demand geofilter. High school students will no-doubt be posting to Snapchat during the conference. Assuming they check the local geofilters, they’re sure to see our message.

We designed and purchased two Snapchat on-demand geofilters, each set to run in the building that was hosting the conference for the duration of the conference. 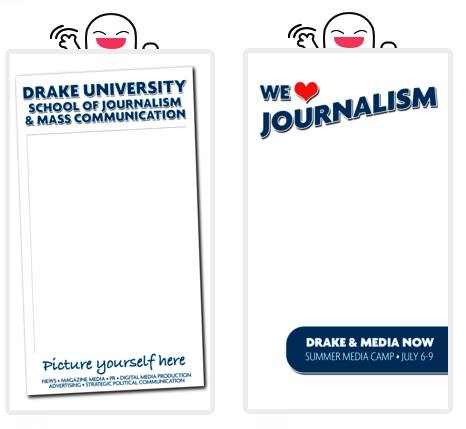 We submitted each of them two days before the event, just to be safe in case there was a problem with one of them. Normally, you need to submit at least a day in advance.

It took about 90 minutes for each of them to go from submission to approval.

Snapchat sent an email telling me when each filter went live and when it was completed. Stats are available after 8 a.m. Pacific time the next day.

Each filter ran for a total of seven hours, and each was viewed more than 1,000 times.

The filter promoting our summer camp was seen 1,021 times and used 30 times. 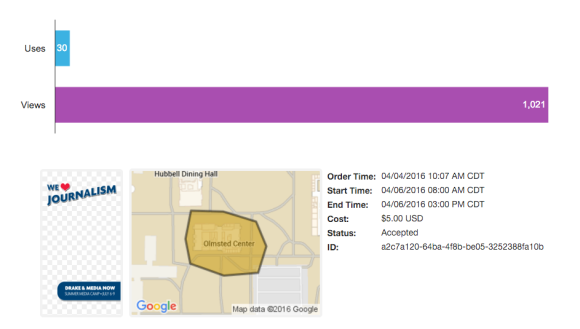 The one promoting the school was arguably more successful. It was seen 1,489 times and used 37 times. You can see on the images that there was a slight difference in the area I chose for each of them, so that may have led to the change in numbers.

Honestly, I felt the “We heart journalism” one would have been used more. I guess I was wrong. 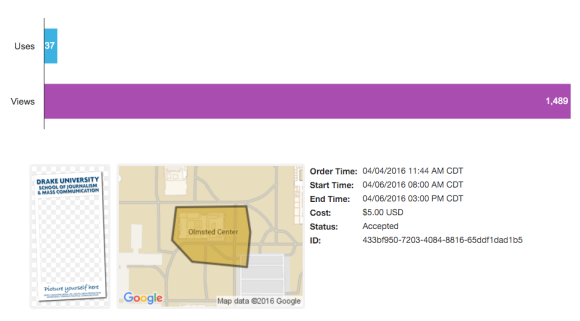 Was it worth the money?

So, was this a success? Hard to say. But the fact that our message was shared 67 times and there were less than 100 students there (OK, two of those were done from our drakejmc Snapchat account) seems like a success for me – especially for $10. 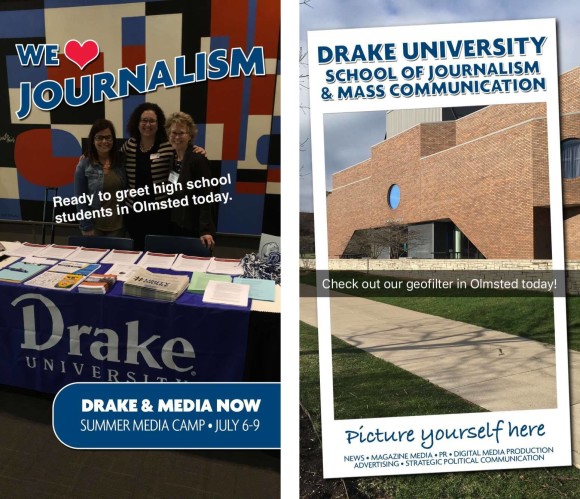 When you take those 67 shares times the number of viewers, you have hundreds of people seeing about our camp and our school.

It’s possible some of the use was from our current students, so the 67 may be high. But more than 1,000 people saw our message and likely at least read it, so I would say the value is far more than the $10 we spent on the campaign.