Can you manufacture viral content? That’s one of the questions I like to address in my Social Media Strategies class at Drake University.

Although the better question is, “What can we learn about creating better social media content by studying things that go viral?”

We use information from the Johah Berger book Contagious to try to understand why information spreads. Then students try to make content that will go viral – at least on a small scale.

Berger says there are six principles of viral content:

Social currency: People want to seem smart, cool and in-the-know.
Triggers: Grow your product so that people are triggered to think of it.
Emotion: When we care we share. Appeal to emotion.
Public: Design products that advertise themselves.
Practical Value: Useful things get shared.
Stories: Information spreads through stories.

Berger has great videos on his website that explain viral principle.

Here are results from each of the four groups…

The first group decided to create a Facebook video that showcased the athletes that were coming to Drake for the Drake Relays.

The principles: The students said this represented the idea of triggers because Drake Relays is top-of-mind for Drake students right now and social currency because it gave them a reason to brag about their school.

The second group of students made a video that introduces students to the songs of Lil Yachty, the rapper who had been recently announced as performing at the Drake Relays.

The principles: Students felt this represented social currency because it shows that the viewers are in the know about the Relays artist and practical value because of it’s relevance to the audience of Drake students.

The principles: The students felt this represented the ideas of social currency because the “most surprising” angle would make readers feel like insiders and practical value for readers who didn’t know the things mentioned in the article.

This group also wrote a blog post about reasons millennials love Des Moines. Again, the hope was that some bigger-name Des Moines social media accounts would notice this and share the content to extend our reach.

The principles: This post represented the ideas social currency as people want to feel in the know about Des Moines, and I think the use of the word “millennials” is a trigger word so it led to more people wanting to click on the content.

The results: In the first seven days, the post was viewed 449 times. It added another 150 pageviews on the eighth day. The traffic mainly came from being shared on the Downtown Des Moines Facebook page.

So, did we create viral content? Likely no. But we did create some of the most successful content of the semester.

We’ve posted nearly 40 posts to the Heart Des Moines website so far this semester, and the two most successful posts were the ones created for this project. 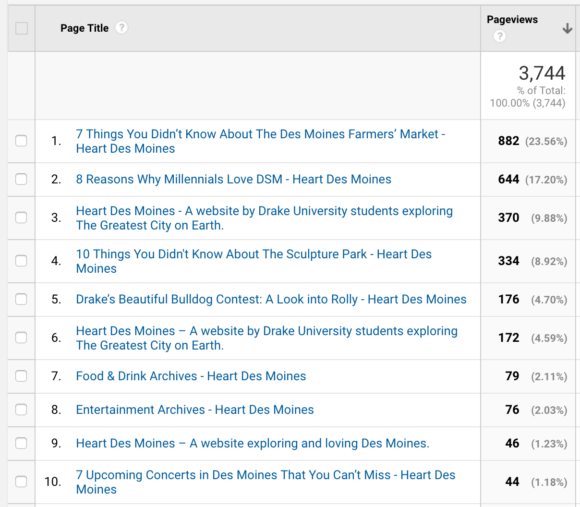 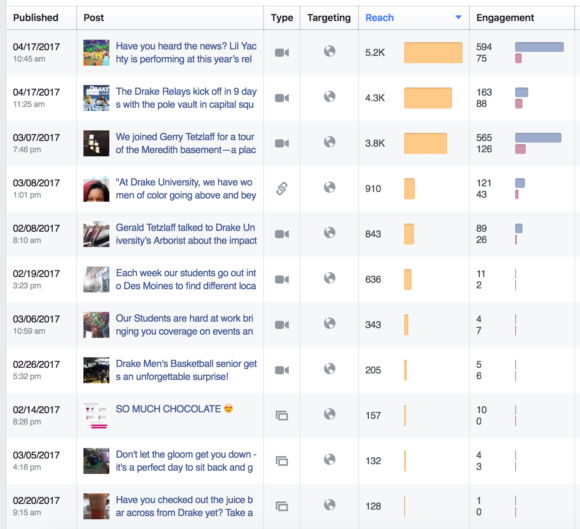 While we didn’t exactly go viral, it’s valuable to see that learning about the concepts that lead to viral content can help you create popular content. We’ve spent the entire semester creating social media content, and these were easily some of the best examples of social content we created.