How to edit 360 video in Premiere 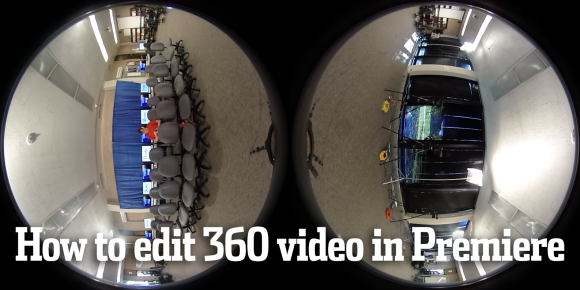 I recently purchased a Ricoh Theta S 360 video camera, which lets you dive into the world of 360 video for less than $350. Compare this to the thousands of dollars that you could spend to put together a 360 video rig using GoPro cameras (which I hope to do one day).

It’s because of that low-quality audio that I feel the need to run my 360 videos through Adobe Premiere video editing software in order to lower the volume. This also lets me trim off any extra footage at the beginning and end of my video, or it lets me stitch together multiple videos.

I haven’t tried to edit 360 video in Final Cut X as of yet, but I assume the same workflow will work.

Here’s the process I use to get video off of the Theta S, edited in Premiere and onto YouTube or Facebook.

2. Import your video to your computer. I use Image Capture on my Mac to import videos.

3. Use the Ricoh Theta computer app to convert your video from two spherical images (as seen in the photo above) to one 360 immersive video. Just drag it into the app and then press start. 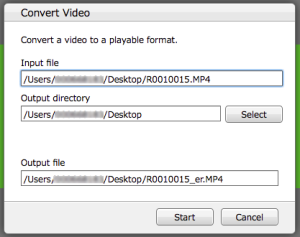 4. Edit this converted video in Premiere. You can edit together multiple 360 video clips, lower the audio, add different audio and even add text. Just don’t change any of the dimensions.

5. Go to File>Export Media and export the video from Premiere. In the export settings, choose H.264 as the format and choose “match source – high bitrate” for the preset.

6. This newly-exported video is almost ready to post to YouTube or Facebook. Unfortunately, the metadata that tells those channels that this is 360 video has been stripped out in Premiere. But Google has a tool to add it back in. 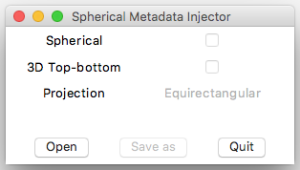 7. Your converted video is now ready to upload to YouTube or Facebook, where you upload just like any other video. I usually post mine as a private post on Facebook at first, just to make sure everything is working fine. When I see it’s working as 360 video, I’ll repost or change the sharing settings.

Good luck with your 360 video. It’s really rather simple to shoot and post using an all-in-one solution like the Ricoh Theta S.