What the class of 2022 thinks about social media

For the sixth year in a row those three social networks finished atop my survey of first-year students in the Drake University School of Journalism and Mass Communication. I gave the survey on the Friday of the first week of classes – the end of their first week as college students. 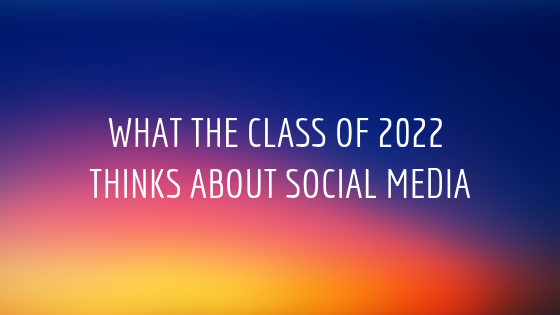 The survey has students rate social networking sites from 1 (hate it) to 5 (love it). This is the sixth year I’ve done the survey. YouTube, Snapchat and Instagram have finished as the top three all six years. For the past five years, they have clearly been higher than any other networks.

Here are some key takeaways from this year’s survey and follow-up discussions:

How the class of 2022 rated social networks

I asked students to rate 16 social networks from 1 (hate it) to 5 (love it). Here are the results:

A total of 73 first-year students took the survey (last year there were 71).

They all own a smartphone (66 own an iPhone, 6 an Android and one said they own an “other” smartphone).

Twenty of them own a tablet (that’s a lower percentage than last year’s survey).

When asked on what device they spend the most time (smartphone, tablet or computer), 64 said smartphone, nine said computer and none said tablet.

I asked them to rate how they feel about social media in general (1=hate and 5=love), and the average score was 4.15. This was down from a score of 4.18 last year. Thirty-two said they love it and no one said they hate it.

I asked them to rate how they feel about new technology in general, and the average score was 4.23. This is down from 4.35 last year. Twenty-seven said they love new technology and no one said they hate it.